I am starting 2022 with something a little different – with a tribute to Michael Troy; one of our great and less famous songwriters. Join me as I share a short tribute that I performed at a recent concert at the Narrows Center for the Arts. 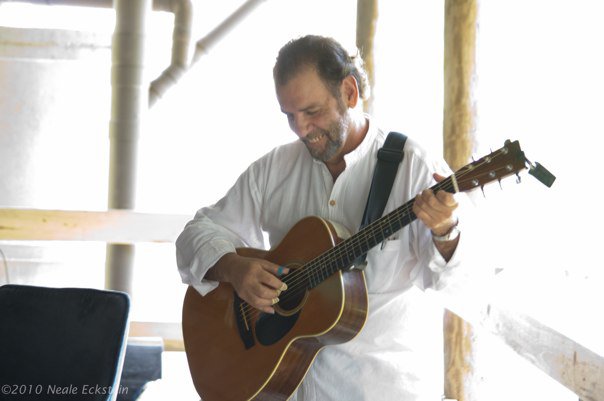 I had a terrific family-centric December. My daughter Mally visited from her current home in Scotland. Everyone in my local extended family tested negative for COVID every couple of days so we could gather together – sometimes outside when it was warm enough, and even a couple times in the dining room. It was wonderful! Our son and his family joined several times virtually from their home in Switzerland.

On the music front, I did two rare indoor events in person – one at the historic Trinity Church in Copely Square, Boston, and the second is an event I share in detail below. And of course, since COVID cases continue to rise, I will continue to expand my virtual concerts while limiting my in-person shows for the foreseeable future.

This month, I pay tribute to one of our great songwriters – my friend Michael Troy.

Fall River, Massachusetts has a well earned reputation as a rough and tumble city that is home to mills, a fishing industry and hard-working common folk. Although Michael Troy was a hard-working mill worker, fisherman, carpenter and laborer, he was far from common. He had a gift for turning his life experiences into magnificent stories and songs. 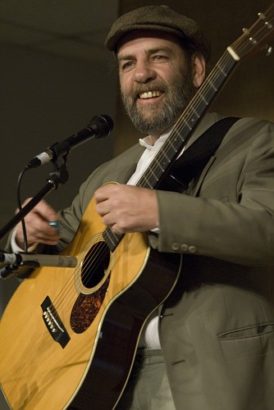 By sharing his songs at local open mikes, enthusiastic listeners fell in love with his storytelling, poetry and vivid imagery. I was one of those people – hearing Michael for the first time at an open mike in Framingham, MA in 2008. There were probably ten people in the room (including Michael). I instantly knew that I was in the presence of a master craftsman. I made a point to attend the same open mikes that Michael frequented.

Before long, news of Michael’s songs spread nation-wide, and he accumulated many prestigious song-writing and performing awards. I prize his four recorded albums in my collection.

Over the years, I had the great good fortune to share the stage with Michael several times. Whenever we were co-billed, I paid special attention to make sure I brought my A-game. It wasn’t a competition thing. Michael just inspired me to be the best possible songwriter and performer that I could be.

A few years before his death, I learned that Michael was diagnosed with cancer. He fought the disease bravely through a series of relapses and recoveries. Through it all, he continued to write and perform. Some of his last concerts are the most memorable for me. I suppose, knowing his time on Earth was near an end, he wanted to squeeze every ounce of meaning and emotion from each song, each line, each note.

Following Michael’s death in 2015, some friends established the Michael Troy Memorial Music Foundation as a way to continue spreading Michael’s music in the world, and to raise funds to support the music and the performance programs at Durfee High School, Michael’s alma mater.

Each year since 2016, the foundation has sponsored the Music of Michael Troy Concert, held at the Narrows Center for the Arts in Michael’s home town, Fall River, MA. Every show is a gathering of some of Michael’s closest friends and special guests to sing Michael’s songs, with proceeds benefiting the foundation.

This past November, I made my second appearance at this annual concert, and happily the good folks at Fall River Community Media were there to video the show. They graciously gave me permission to share my three-song set from that evening with you (see above). You can also view the full concert at these links: Part 1, Part 2.

Michael, you spent your time with an old guitar
You wore your heart on your sleeve
I hope you know the seeds you sowed
Took root in hearts of guys like me

Blessings to you my friends. I hope that you also have friends who inspire you to be the best you that you can be. Please continue to do whatever it takes to remain or to get healthy, so that we can gather together to share music in person again.

… honors the decades-long contributions of Michael Troy to the arts and cultural community of the Greater Fall River Area. The foundation will keep the memory and music of Michael alive through support for programs in music and performance for today’s students.

The mission is to provide a safe and supportive place for our future musicians and songwriters, where they have access to instruments and performance equipment, as well as the technology used in today’s world of music.