I have been deeply moved by the struggles and strength of Ukrainian mothers as they face a devastating war and separation from loved ones. With them in mind, my Ukrainian friend Olena Oksenych has beautifully translated one of my songs. Recorded this week in Kyiv, we share “Колисанка (Kolysanka, a Lullaby)” for mothers and care-givers everywhere. 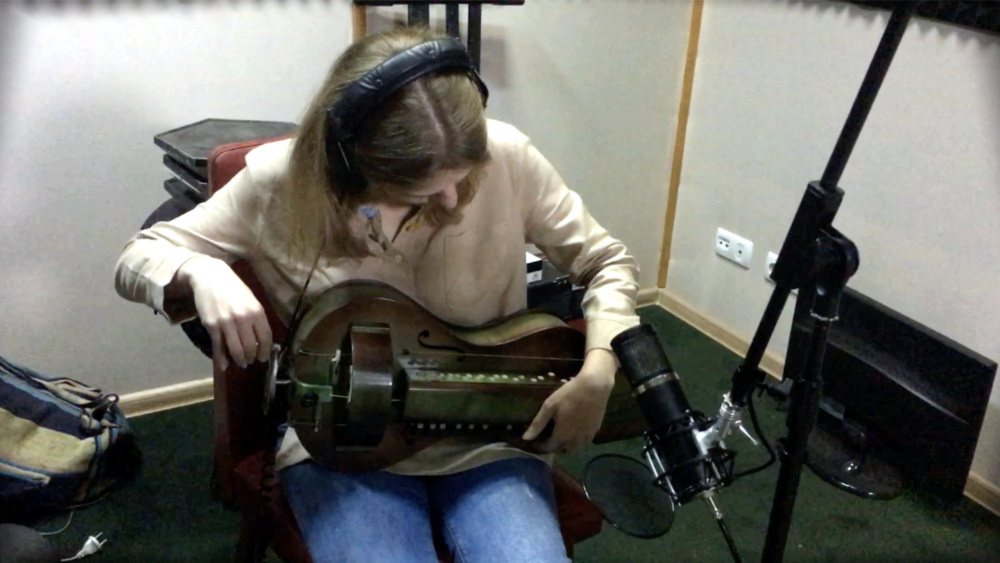 I have two shows coming up. On Saturday, May 28th I will return to Club Passim Campfire Festival to do an in-the round set with terrific musicians – Louis Apollon, Doctora Xingona and Chris O’Brien. There is lots of music from Friday through Monday. This is both in-person and streamed live on the web.

Next month on Saturday, June 25th, I return to the Javawocky Coffeehouse in Brockton, MA for a full evening show, live in-person, assisted by my talented friend Seth Connelly.

Click for the details of these and all upcoming shows.

“Колисанка (Kolysanka – a Lullaby)”
Ukrainian and English lyrics in a comment below.
© 2022 Tom Smith and Olena Oksenych
Click here for an audio download of this song.

As the world locked down at the start of the Pandemic, my son and his wife gave birth to twin girls in Zurich, Switzerland. A year passed, and still Margo and I were not able to travel to meet our new grandchildren. To make matters worse, it seemed like everything else that is important in the world was falling apart – the climate, Democracy, racial justice, and more.

Like parents everywhere, my son and his wife are doing everything in their power to provide a loving and safe home for their twin girls and son, but I also know that it is emotionally very difficult for parents to set aside their own fears and doubts for the sake of their children. And as much as we try to shelter our children from the harsh realities, they are often completely aware of them. That is why I wrote I’ll Show You the Way, a lullaby. I find it ironic that acknowledging very bad and unexplainable things can be comforting when sung with loving assurance that light will follow dark.

As images of parents and their children started emerging from Ukraine at the start of the war, I found myself connecting those images with my lullaby. I reached out to my friend Lynn Noel of the New England Folk Festival Association (NEFFA) to see if she could connect me with any musicians in Ukraine who could translate it. Through her work as NEFFA Program Chair, Lynn suggested I speak with Susan de Guardiola, who is active in the historical dance community in both the USA and Ukraine. After meeting via Zoom, Susan reached out to Oleksii Kryvenko, a dance organizer and teacher in Ukraine, who in turn suggested Olena Oksenych. Communications in Ukraine are difficult but after several lovely Facebook conversations, Lena and I became friends and she whole heartily became the keystone of this project.

Olena Oksenych is living in Kyiv and fluent in both Ukrainian and English. Her experience translating poetry makes her a perfect person for our project. Lena is also a talented musician and performs solo and in several folk groups. I loved her suggestion to record the song with a lira; a traditional Ukrainian instrument closely related to the hurdy-gurdy. When Lena invited her talented friend Mariya Dmitrova to play guitar and sing backup vocals, the dream team was almost complete. Fortunately, audio engineer Vyacheslav Sobolev was available and his Kobzar Records studio was still functioning, in spite of bombing and failing infrastructure in the area.

I am amazed that these folks did this project as the Russian army increased missile bombardments in Lena’s neighborhood in the Kyiv region! When I contacted her with my concern for her safety, and to make sure she knew that our recording was far down on the priority ladder in the middle of a war zone, she replied “It really helps a lot knowing that people from all over the world support us with their hearts’ work” – and in a later conversation, “I was numb since the war started and I felt alive again making this song.” As my friend Rolly Brown says, “music heals!”

For comparison, here is the English version of my lullaby as published in The Kitchen Musician – August 2020.

I am so grateful for the positive power of music, and how it continually serves to connect me in deep ways to others – even those I have never met in person.

(If so inclined, I invite you to leave a comment by scrolling to the end of this page.)
#Ukraine, #UkraineLullaby #Kolysanka

My Ukrainian friend, Olena Oksenych has chosen City of Goodness as our featured organization this month. Please watch the video below to learn more about how they are supporting women and children in Ukraine during the war.

Please join me in supporting the great work of City of Goodness. For those of us living in the US, a convenient way to donate is to use the PayPal link on this page.