ANNOUNCING! the release of Apples & Cheese
An album of new and used songs for kids and their grownups
Seven original songs and five traditional folksongs
with guitar, banjo, harmonica, dulcimer, jaw harp, and magic twanger

I am chuffed to announce the official release of Planting in a Drought, new songs of struggle, protest and encouragement.
(Scroll down for early reviews) 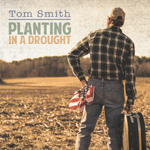 Download or Purchase Album (and also for liner notes and lyrics)

Or play the album on Spotify (and all streaming services).

Tom explains, “Sometimes I feel like I am planting in a drought when I sing my songs of those who struggle against powerful forces, songs to protest policies that benefit only the few at the top, and songs of desperately needed hope and encouragement.”

In classic folk style, these songs address topics like climate change, trickle-down economics, voter apathy, immigration, war, and more. Some are straight-up protest songs – others are empathetic songs of struggle or songs to encourage listeners to work for a better world.

“These are the seeds that will keep us surviving!” ~ Matt Smith, Club Passim

“Contrary to what a lot of people think, folk music is still a living tradition […] that feeds on new songs that speak of people’s wants, people’s needs, people’s struggles and people’s triumphs. Tom Smith is more out of the tradition of say Pete Seeger and Tom Paxton than Jackson Browne or Connor Oberst. He’s a man who writes songs that seem like they’ve always been there. There are very few songwriters working today that I would call folksingers, but I would call Tom Smith a true folksinger.”
~ Dave Palmater, WUMB-FM Folk Radio Boston

“Tom’s songs are laced with a healthy dollop of our most precious commodity – hope.” ~ Chuck Hall, award-winning songwriter

“Congrats and thank you to Tom Smith for this beautifully produced CD. The songs are both relevant and timeless. The performances are refined and personal, while being insightful and thought-provoking. This is a gift that reaches far beyond the present day.” ~ Ric Allendorf, award-winning songwriter

I can get these songs to you.
I ask your help to get them to the ears of voters around the country.

This is an album of some of my best original songs to address current events in the USA – just in time to contribute to the conversation as we prepare for the 2020 national election!

As always, thank you for your continued support of my music. I know that there is a lot of competition for your ears, and I appreciate that you allow my music to squeeze through the noise from time to time.

Ten great kids join Seth Connelly and me – encouraging all of us to use our hands, brains, voices and hearts to make the world a better place. For teaching and learning resources, please:

Announcing the release of a new single “Talkin’ Election” – just in time for the national interim election. Free to stream or download (or pay what you want).