While reflecting on the past year, I found myself returning several times to the remarkable life and accomplishments of Nelson Mandela. A new song, “A Seed on a Stone” is the end result. Come into my kitchen. I will share it with you. 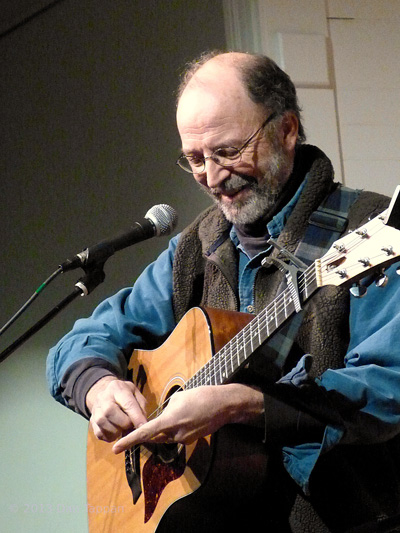 I am proud to say that my song “Working Poor” is included on a compilation CD entitled “Everybody Needs a Home”, produced by Steve Rapson. I am joined on this CD by Mary Gauthier, Steve Rapson, Ruthann Baler, Trish & Phil Knudsen, Peter Neuendorffer, Kathleen Larkin, Mary Pratt, Junko Ogawa, Cheryl Perreault, Sandy Streid & Keith James and Andy Tarsy. Proceeds from the sales have exceeded $1000 to benefit The Pine Street Inn, working to support the homeless here in the Boston area. Sales in 2014 will benefit Rosie’s Place, a sanctuary for poor and homeless women. You can purchase this CD at my upcoming shows, or for more info or online purchase, please see The Homeless Project.

In other news, my daughter Mally Smith recently released her first solo CD, Mally Smith & The Fertile Void. It has been getting rave reviews. You can preview and purchase this CD at MallySmith.Bandcamp.com. On Monday, Mally begins an adventure as she travels to Thailand, Bali, Shanghai and Japan. In part, she will be working on advanced certification as a yoga trainer. Let’s wish her well and safe travels!

This Month’s Music
A Seed on a Stone

A Seed on a Stone
© 2014 Tom Smith
Lyrics in the comments section below.

As the old year ends and the new begins, it is customary to look back and reflect upon all that has happened in 2013. There have been so many newsworthy events and the passing of many notable individuals. In addition, each of our private histories have been affected by personal milestones and transitions.

Since his death on December 5th, I found myself reflecting upon the extraordinary life and accomplishments of Nelson Mandela. How remarkable that a man who was imprisoned for twenty seven years could emerge and lead a campaign of reconciliation to found a new rule of law in South Africa based not upon the color of one’s skin but upon love and respect.

My personal connection with Nelson Mandela centers around his visit to Boston in June of 1990, only four months after his release from prison. Janice Allen, a wonderful music teacher at my children’s school (and where my wife Margo and I work) was asked to assemble a children’s choir to sing at Boston’s Hatch Memorial Shell where Mr. Mandela would be celebrated. Our two older children, Heather (ten years old) and Andrew (eight years old) joined about fifty other children from all over the city. Twenty three years later, they can still sing N’Kosi Sikelel (The South African National Anthem).

To me, a seed on a stone” is the perfect metaphor for a song to honor Nelson Mandela. This metaphor is simultaneously hopeful and hopeless. A seed is the physical embodiment of re-birth, yet circumstances that place it on a stone present a struggle that most would write off as hopeless. Nelson Mandela has said, “It always seems impossible, until it is done.” However, the impossible is done as represented in this image of a tree which, against all odds, split a boulder. 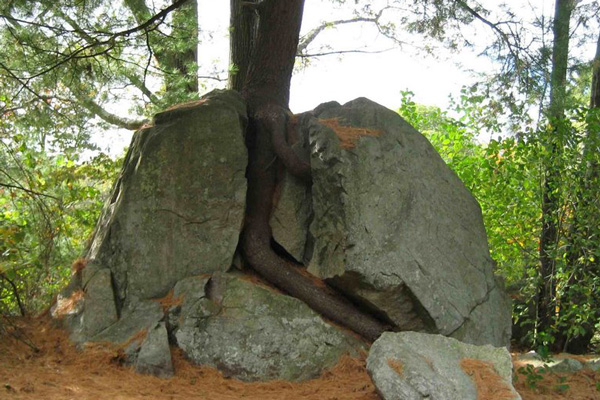 After Nelson Mandela’s death, media pundits remarked how his life was so remarkable that we can expect to see such an example only once in a century. While I appreciate the sentiment of this comment, it also made me sad. It is my hope that such examples would be normal and typical among our leaders. When I despair over the current state of national and world leadership, I rekindle my hope by looking to the example of Nelson Mandela.

Saturday, Jan. 18, 2014: Hopkinton, MA
I join Cheryl Perreault and a bevy of musicians and poets as we celebrate Martin Luther King. 3:00 pm at the Hopinton Public Library. Stay tuned for more details.

This month, I offer 350.org as a non-profit that embodies Nelson Mandela’s spirit of tackling the worthy impossible – building a global grassroots movement to solve the climate crisis.