Welcome to the June 2009 issue of The Kitchen Musician, my monthly folk music newsletter, featuring my new song “To a Songwriter”, an open letter to those who pour their hearts into the songs they write and sing. 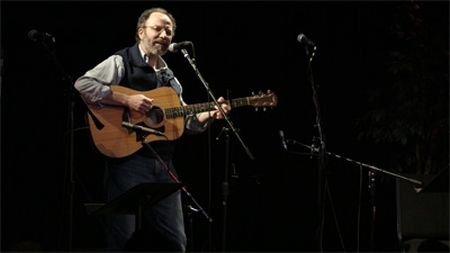 Tom at The Center for the Arts in Natick

Recent News: Time to Slow Down, Listen, and Think

I spent last weekend at our cabin in New Hampshire. That is where I go to slow down… something that is difficult to do in Boston. I enjoyed meeting some local musicians and performing a guest set of my songs at the Music Parlour. This is a weekly Saturday evening event hosted by John Sepe and Martha Dawson at Mindful Books and Ephemera, a funky little store in the center of the town of Jaffrey. You can find some unusual books there. It is also a place where people meet to do things that many of us in Boston don’t understand or take time for… like their Saturday “Divination Fundamentals Class”, Monday “Energy Attunement”, Tuesday “Knitting Group”, Wednesday “Animal Telepathy Readings”, and of course their “Music Jam” on Friday evening and “Music Parlour” on Saturday evening.

When I arrived at my cabin on Saturday, I was greeted by familiar friends. Oen Kennedy helped me identify these friends, two phoebes who built their nest on the top of the bell that hangs on the wall outside our front door. (Click below to play video.) An avid birder, Oen will sometimes recreate the voices of birds in his music… stunning! He has several Boston area shows this month. Check out his calendar.

These phoebes, or their close relatives, return each summer. They share their buggy feast with hatchlings, who’s offspring may in turn some day share time and space with our grandchildren. They leave at the end of each summer, and we get to use our main entrance again.

When I slow down, I start thinking about things I wouldn’t ordinarily think about… like collective nouns. Pretty much everything has a collective noun… a herd of cattle, a gaggle of geese. Phoebes (a type of flycatcher) have several… a zipper of flycatchers, a pinking of flycatchers, and (my least favorite) a confusion of flycatchers. “Confused” is not a word I would attach to birds that seem completely in tune with their place in the universe. Right now, their universe is the bell on my front porch, the nearby woods and all of the bugs therein.

I was delighted to learn from Wild Birds Unlimited that “Unlike most songbirds who must hear other birds to hone their vocalizations, an Eastern Phoebe raised in isolation will still sing a perfect song.” … a perfect synchrony with the sentiment of the song I recorded that afternoon.

Shortly after recording my new song, “To a Songwriter” (see below), I hurried to gather my things to head back to Boston. Instead, I slowed down to share some time with my phoebe friends. Had I left on time, I would have missed a peaceful thunder storm that passed through the valley between the cabin and Mt. Monadnock.
All of my recording equipment was still set up as the first thunder rumbled in the distance. I pointed the microphone out the window, pressed the “record” button, sat in a comfortable chair and closed my eyes. I invite you to join me. If you are busy now, come back later when you can take thirty minutes to slow down and listen. (I suggest you use good headphones or speakers attached to your computer.) You will hear the phoebe’s song as the storm approaches. They sing their own name, “FEE-bee, FEE-bee”.

To a Songwriter
© 2009 Tom Smith
Lyrics in the comments below

In the background, you can hear some of the sounds outside my cabin that day.
(I am wearing headphones so I can hear a metronome while I play.)

UPDATE: Here is the audio from my CD, released 2.5 years after this post was published 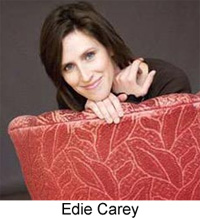 Last November, my wife Margo and I helped to host a house concert for Edie Carey. Edie is a remarkable talent, combining deeply moving songwriting with superb musicianship and a between-song banter that will have you chuckling to yourself for days afterward. Our daughter Mally Smith performed an opening set that evening. I was moved by each of their performances, especially since I can recall Edie as Mally’s baby sitter. When Edie was twelve, she joined us at our cabin in Jaffrey, NH to spend a week taking care of Mally and the other kids. I never imagined that twenty years later we would be watching the two of them singing together.

That evening, Mally sang a song she wrote in which she described how being a singer-songwriter can be a little scarey. By putting so much of her heart into the writing of her songs, and singing them for so many people, might there come a time when nothing of her heart remains? Thinking of this, and of Edie’s beautiful songwriting, I wrote the first draft of “To a Songwriter”… a father’s reply to Mally’s musical question. Six months later, the song is finally finished. Thanks to Jud Caswell and to my friends at Amazing Things Arts Center, who gave me feedback on several earlier versions.

For more about Mally see Mally Smith. This Friday evening, June 5th (doors open at 7:30 pm) she opens for the legendary songwriter Bill Morrissey at the Amazing Things Arts Center. Click for tickets and details.

Wishing you the gift of time to slow down, listen and think,

Featured Non-profit: Society for the Protection of New Hampshire Forests

“Founded by a handful of concerned citizens in 1901, the Society for the Protection of New Hampshire Forests is now one of the country’s most effective statewide land conservation organizations. As a non-profit membership organization, the Forest Society is dedicated to protecting the state’s most important landscapes while promoting the wise use of its renewable natural resources.”

The society is instrumental in protecting the forests near my little New Hampshire cabin, and throughout the rest of the state. Please join me in supporting the Society for the Protection of New Hampshire Forests.