Come on into the kitchen and have a seat. I’ll sing a traditional song and introduce you to Lena Bourne Fish and Frank Warner. 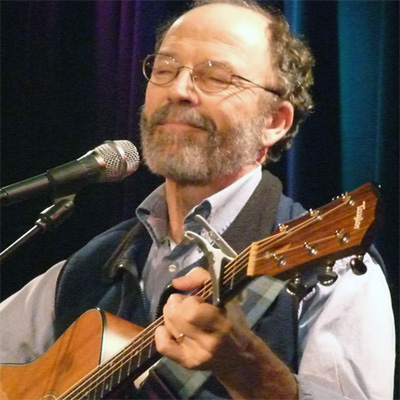 Tom at the Natick Center for the Arts. Photo: Dan Tappan.

News Flash: A new studio CD is in the works

I am excited to announce that I am working on my first post-vinyl studio album. (Remember vinyl records?) My previous studio albums recorded in 1979 and 1981 were each of traditional material. This will be an album of my original songs. I am joined in this project by the multi-talented Seth Connelly of Humming Lake Studios in Brookline, NH. Seth has a long track record of success as a recording engineer and is a virtuoso on many instruments. A release date is far in the future as I expect progress to be slow and steady.  Imagine that – after more than three decades of performing folk music, I will finally do an album of my own songs. Did I say that I am excited about this?

“The Jolly Roving Tar” is sung by numerous traditional folksingers and groups. Tar is an old fashioned slang term for sailor because they worked with (and were often covered with) tar that they spread onto parts of their sailing ships that were exposed to the weather. All of us know of this song because Lena Bourne Fish sang it for the well known folksong collectors Frank and Anne Warner a few short years before her death in 1945. Mrs. Fish lived in East Jaffrey, NH about five miles from our family cabin where I recorded the video above.

In 1983 I decided I would try to find some of the relatives of Mrs. Fish. I was fortunate to spend several afternoons with Mrs. Fish’s granddaughter Nancy Smith (no relation to me), living in the neighboring town of Peterborough. Nancy introduced me to her uncle, Mrs. Fish’s son. Unfortunately, he was in ill health and the visit was brief. Nancy gave me this photo of “Grammy” Fish, which was taken by Frank Warner in 1940. She also gave me a mimeographed notebook containing many of Grammy Fish’s songs. I left knowing that I was afforded a great honor.

Over the next year I became infatuated with Grammy Fish and her music. When I learned that she was also recorded by folklorist Helen Hartness Flanders, I spent a week listening to many of these old field recordings at the Flanders Collection at Middlebury College. There was something about the quality of her voice, and the urgency with which she sang her songs. Well over 200 were recorded. It was as if she knew that she had very little time left, and it was important for her to pass them along. Here is an Anne and Frank Warner recording of Grammy Fish singing a portion of “Gilgarrah Mountain”, also known as “Whiskey in the Jar”.

A little while later I returned the favor to Mrs. Fish’s granddaughter when I sang a program of Grammy Fish songs for the Fish family reunion at the Jaffrey Rod and Gun Club. The reunion was aptly named, “The Fish Fry”. It was a wonderful experience to sing these songs for Grammy Fish’s extended family, many of which were unknown to the younger members! “Who is this guy, and why is he interested in those old songs that were sung by my great-great grandmother?” 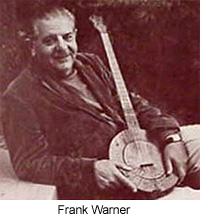 It was somewhere around 1974 when I met Frank and Anne Warner at the home of my good friend, Bill Bonyun. Frank had collaborated with Bill on some recording projects. He and his wife Anne happened to pass through Maine while I was camping on Bill’s farm. I stumbled into the house after sharing the night with mosquitoes that were the size of wood peckers. I had no clue who Frank was. Over a cup of coffee, we introduced ourselves and Frank’s warm southern style friendliness drew me in. Before I new it, Frank took out his old banjo and we were singing. Here is a recording of Frank singing “The Jolly Roving Tar”.

Frank showed me photos of the old timers from whom he collected the old songs he sang. For example, it was Frank and Anne Warner who first collected “Tom Dooley” and several other traditional songs that became very popular in the 1960’s. He taught me “The Jolly Roving Tar” and showed me the above photo of Lena Bourne Fish.

Frank had a very interesting fretless banjo. It was obviously hand made with crude tools, and it was covered with the signatures of Pete Seeger, Woody Guthrie, and dozens of other singers who were at the foundation of American traditional song. When I asked about it, Frank showed me a photo of Nathan Hicks who made the banjo and taught him a few songs. He sang a few of Nathan’s songs without skipping a beat. I had never seen a fretless banjo like that, so I was excited to find out that Nathan Hicks was featured in the Foxfire Book Volume 3, in which were photos of how he made his banjo. A few years later, during the Blizzard of 1978 I was housebound and spent a wonderful week making a banjo after Nathan Hick’s design. This is me with my banjo playing a song I posted on TomSmithMusic.com almost exactly two years ago.

I Wish I was a Mole in the Ground
Traditional. Learned from the singing of Bascam Lamar Lunsford.

Thank you for spending a little time with me today. Come back again!

Dec 7, Monday about 8:30 pm my daughter Mally Smith and I will share an hour at the Emerson Umbrella, Concord, MA. 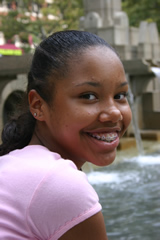 Beacon Academy provides a transformational year between 8th and 9th grades to promising, motivated and hard-working students from Boston and surrounding urban areas. Many of these students come from life circumstances that present huge obstacles to their success. I first learned of this wonderful school from former colleagues who are now Beacon teachers. My acquaintance with the school has become even more intimate now that my daughter Mally has joined the staff. Mally tells me of the magic that happens every day at Beacon Academy.

If you’d like to learn more about this school, join them at one of their upcoming events or join me and make a tax deductible donation.