In this issue of “The Kitchen Musician” I feature a tribute to my brother-in-law Rob Ayres, whom we lost suddenly and unexpectedly last month. Rob’s death has left a gaping hole in my universe. Among his many interests was music, and so I send him off with song. Come into the kitchen – I’ll share a new song of mine, and one of Rob’s. 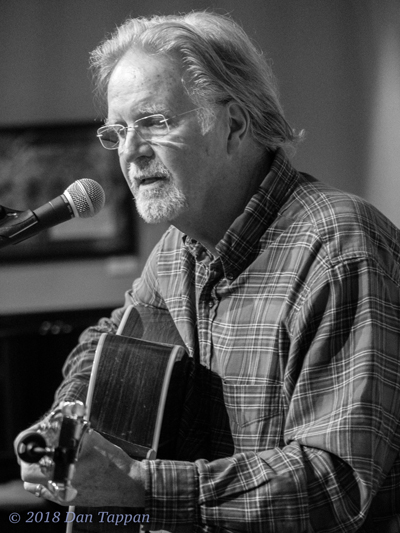 Next month is the twelfth anniversary of “The Kitchen Musician“! I’ll be sharing some fun archival video and songs as we take a trip in the “way back machine!”

Coming up on Sunday, June 23 at 3:30 pm I have an intimate house concert in Boxborough, MA when I will be joined by my talented wing man, Seth Connelly. Contact me if you’d like to know the details.

THIS MONTH’S MUSIC
“Love Is”

On the morning after April 30th, my wife Margo and I received a terrible pre-dawn phone call to inform us of the sudden and unexpected death of Margo’s brother, Rob Ayres. We are heart broken. Fortunately, we have a large family and many friends on whom to lean. Even through our sadness, this experience has exposed a kind of beauty.

One of the things Rob and I had in common is a love of music-making. Rob frequently showed up at local open mikes singing well chosen cover songs and a growing repertoire of originals. He even started recording an album, which he had hoped to complete by the end of the year. Rob had a great sense of humor, as those who have experienced his version of “Freight Train” sung in the voice of the Sweedish Chef can attest. I miss him dearly.

Songwriters sometimes link their songs to important events in their lives. For example, the first song written after a broken relationship, or the birth of a child. For me, “Love Is” will forever be tagged as the song reflecting on the love that has converged on Margo, me and on Rob’s family and friends in the wake of our profound loss.

Usually I write songs that tell a story, paint a picture or portrait. Instead, I approached this song as a kind of sculptor – each line chipping away at the stone to eventually reveal its heart.

Rob intended to include this song on his studio album. His recording engineer, Seth Connelly kindly sent me the demo track he recorded. When I asked Seth for the name of the song, he said that Rob hadn’t settled on a title yet. Rob told Seth to simply file it as “Dog Song”.

Rob’s dog Ralph may have been the only dog to get expelled from the Concord Doggy School. Ralph had a great personality, but sometimes it got him into “trouble” – but all in good fun. I always thought that Ralph was Rob’s alter-ego, as he would quietly cheer on Ralph for doing all of the things that Rob would have loved to do himself.

Thinking about this song and Rob’s special relationship with Ralph, Rob’s daughter Meryl shared this poem via Instagram:

Percy does not like it when I read a book.
He puts his face over the top of it and moans.
He rolls his eyes, sometimes he sneezes.
The sun is up, he says, and the wind is down.
The tide is out and the neighbor’s dogs are playing.
But Percy, I say, Ideas! The elegance of language!
The insights, the funniness, the beautiful stories
that rise and fall and turn into strength, or courage.
Books? says Percy. I ate one once, and it was enough. Let’s go.

Sing your songs, love radically and be more like Ralph, 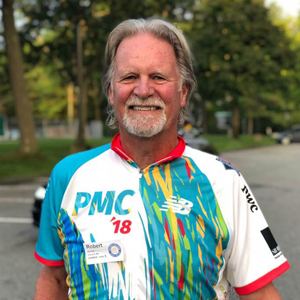 The Pan-Mass Challenge “raises money for life-saving cancer research and treatment at Dana-Farber Cancer Institute through an annual bike-a-thon that crosses Massachusetts. Since its founding in 1980, the PMC has successfully melded support from committed cyclists, volunteers, corporate sponsors and individual contributors. Our hope and aspiration is to provide Dana-Farber’s doctors and researchers with the necessary resources to discover cures for all cancers.”

My brother-in-law Rob Ayres was a strong supporter of Pan-Mass Challenge, and at the time of his death he was training to cycle in this his fifth event – from the west end of Massachusetts to the eastern tip of Cape Cod.

Please join me in supporting Pan-Mass Challenge. When you do, click “Find a rider” and enter “Ayres” to honor Rob, who was training to ride this year.