Big doings this month for the Kitchen Musician. I have news about the release of my new studio album, Planting in a Drought, plus a new song to “celebrate” my birthday. Join me in the kitchen and I’ll tell you all about it! 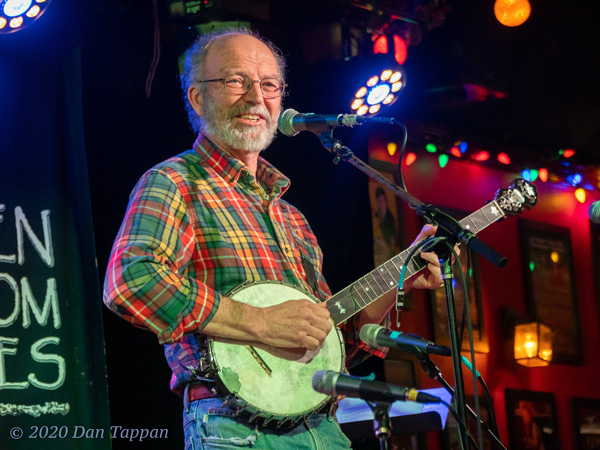 I am very pleased to announce that my new studio album “Planting in a Drought – New songs of struggle, protest and encouragement” will be released on CD, digital download and all streaming media services on March 27th! This release is supported by generous contributors to my Crowdfunding Campaign. So far, seventy-nine of you have carried us way over our initial funding goal. Most of those funds will go to a promotion campaign to get these songs into the ears of listeners in “purple” states – states where active voter turnout will have a major impact on changing the dialog in state and federal government. If you have not yet contributed, please consider boosting our outreach at Planting in a Drought Fund. This campaign will remain open until the album is released on March 27th.

If you are in the greater Boston area, please consider joining me on Sunday evening, May 17th to celebrate the album release at The Burren in Davis Square, Somerville, MA. This evening is a co-bill with one of my absolute favorite songwriters, Cosy Sheridan. My musical collaborator, Seth Connelly (and other special guests) will join me to celebrate the album release during my half of the show. Then Cosy and her trio (Charlie Koch and Kent Allyn) will work their magic in the second half. Purchasing tickets in advance is highly recommended. Using special coupon code “24HOUR” will get you a reduced rate at this ticket link.

For those who can’t make it to the album release show at The Burren, I will also celebrate at my show on Saturday, May 9th at the Javawocky Coffeehouse in Brockton. Seth Connelly will accompany me at this show. Tickets are available at the door or in advance at this link.

Starting March 27th, those who have not contributed to my crowdfunding campaign may purchase this album at my shows or my online Store.

THIS MONTH’S MUSIC
Sixty-Nine and a Half

March is my birthday month. Do you remember when your next birthday couldn’t arrive quickly enough? A few years ago, my grandson told me “BobBop, I’m four and a quarter!”, with emphasis on quarter! I remembered his announcement as I looked forward to my seventy first birthday. How different our sense of time when we are four and a quarter! This memory inspired me to write “Sixty-Nine and a Half” – commentary on the arrival of birthdays and other milestones as we age.

AmpleHarvest.org “is a unique nationwide resource that is eliminating the waste of food, the outcome being a reduction in hunger and malnutrition along with an improved environment. It is accomplished by utilizing the Internet to enable 42 million Americans who grow food in home/community gardens to easily donate their excess harvest to one of 8,637 registered local food pantries spread across all 50 states. These food pantries help nourish the one out of six Americans (including a quarter of all kids under six ) that rely on these pantries.”

Please join me in supporting AmpleHarvest.org.

“Planting in a Drought” – Release Day!