While avoiding some work to close up my New Hampshire cabin for the winter, I enjoyed playing an old folk song that I have been singing for forty five years yet never recorded. Join me at the wood stove as I sing “Blind Fiddler” and remember Jehile Kirkhuff, the blind fiddler whom I met at the same time I learned this song. 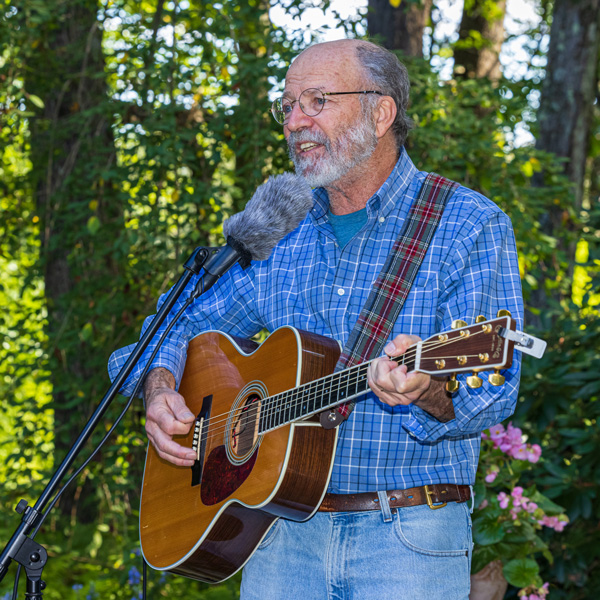 My song “In the Space Between Your Words” was named a finalist in the 2021 Maine Songwriters Association song contest. Congratulations to the top three songwriters: Oliver Rhodes, Andrea Goldman Cole and Ric Allendorf.

I am not accepting any indoor gigs until we make greater progress controlling COVID; however I am having a lot of fun expanding my music community via virtual events. In particular, I frequently appear virtually in the UK, featuring at folk clubs throughout England and Scotland. Regardless of where you are geographically, if you would be interested in hosting a virtual house concert for yourself and friends, please contact me. I can take care of all of the technical aspects, and if you like, I can invite a music friend or two to add to the fun!

“Blind Fiddler”, Traditional
Lyrics in the comments below.

Recently, while participating in a song swap in England (virtually), my fellow musicians asked me to sing a traditional American folksong. I sang “Blind Fiddler”, which I learned from an old Jody Stecher recording in 1974. The song dates back to the mid 1800’s and we now know it thanks to Mrs. Emma Dusenberry. According to the great English singer Eliza Carthy, Ms. Dusenberry “sold it in return for a cow”. My new English friends hadn’t heard the song before and asked if I would share a recording. So for them (and you), here is an informal video of me singing in front of the stove in my New Hampshire cabin. 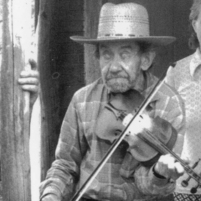 At about the same time I first heard “Blind Fiddler,” I was visiting my parents in Northeastern Pennsylvania. That’s when my friend Edith (Doughty) Barnard introduced me to the locally famous blind fiddler, Jehile Kirkhuff. Jehile made a huge impression on me. Of course, I greatly admired his skill on the fiddle and his monumentally huge repertoire of traditional tunes (recordings of which are now housed in the Library of Congress in Washington, DC). In 1954 Jehile earned the title “World Champion Fiddler” by winning a prestigious fiddle competition that I think took place in Texas.

After a couple of visits, Jehile invited me to accompany him on guitar in a small concert at the local grange hall – a highlight of my early days as a musician. But my greatest memories of Jehile were sitting in his living room and just talking. Jehile was quick to insert poems or phrases from Shakespeare into everyday conversation. He was bursting with folksy wisdom and authenticity, and I was thirsty for what Jehile was pouring.

Back in 2013 I wrote “Fiddleosophy”, a song to honor Jehile’s memory and the impact that his folksy wisdom had on this impressionable twenty-something. It seems appropriate to share it again this month.

“Fiddleosophy (The Pennsylvania Fiddler)”
Lyrics: © 2013 Tom Smith
Tune: “Off to California (Hornpipe), Traditional
Lyrics in the comments below.

Steady on my friends!

Last month I had the great pleasure to join some of my folk heroes Tom Chapin, Reggie Harris and others in a virtual concert to support Voter Protection Corps, hosted by Musicians for the Greater Good.

From the Voter Protection Corps web site:
“Restrictive voting laws. Unfair or inadequately resourced voting procedures and infrastructure. Circulation of misinformation and intimidation. Whether transparent, insidious, or unintentional, these widespread and multifaceted problems materially interfere with the right to vote. Solving them requires expert legal, political, or other strategic interventions, and a well-coordinated plan of action.” […] Our mission is to ensure that all eligible voters can register, vote, and have their votes counted.”