This month I share a little philosophy from a Pennsylvania fiddler. Let’s call it “fiddleosophy”. You are always welcome in my kitchen. Please join me! 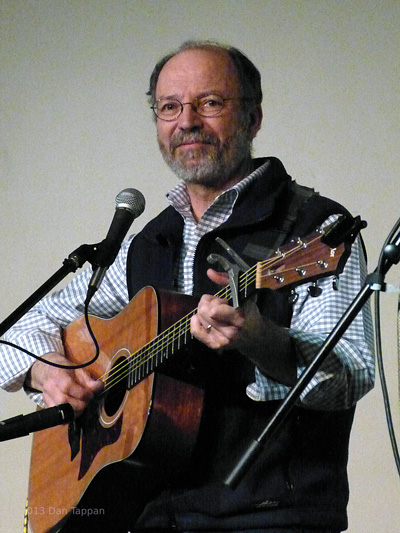 I have been touched by communications from friends and fans who expressed concern that I had to cancel several shows this summer. Unfortunately, this became necessary when my doctor and I decided that I would undergo routine surgery three weeks ago. I learned that the word “routine” applies to the doctor who has performed hundreds of these procedures and not to the patient for whom it is a personal premier. However, I am very happy to report that the surgery was completely successful, and I have been given a clean bill of health. I feel great and am back to my day job full time, but my doctor wants me to otherwise take it easy for the rest of July. So no lugging PA equipment around to gigs for me. And then my family and I will spend our annual August away from civilization, hidden in the hills of New Hampshire. Look for my shows to start back up in September. Yay!

Click the image above to play the video.
Fiddleosophy (The Pennsylvania Fiddler)
Lyrics: © 2013 Tom Smith
Tune: “Off to California (Hornpipe)” Traditional
(Lyrics in comments section below) 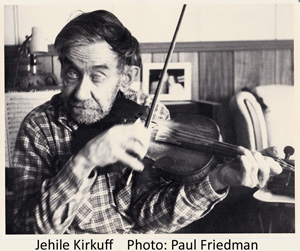 While recuperating from my recent brief hospital visit, I found myself thinking about my personal philosophy of life, and about the many wonderful folks who have played a part in its formation. Family, teachers, professional mentors, and yes – musicians. One person who affected me deeply is a person I spent only several brief visits with during one summer when I was a young man in the 1970’s. Jehile Kirkuff was a blind fiddler who lived a simple life in rural Rush Township in “The Endless Mountains” of Northeastern Pennsylvania. With no indoor plumbing or electricity, Jehile extended his humble, warm hospitality to me and many other local musicians. It was not uncommon to see young fiddlers drop by to listen and learn from what must have been a thousand fiddle tunes he played in that great old-time style. And what a fiddler he was! He rarely played outside of his local area, but in 1954 he did make his way to Crocket, Texas to what was billed as the “World Championship Fiddle Contest”. He proudly displayed the first place trophy from that contest on the piano in his living room. The Library of Congress visited Jehile several times and recorded hundreds of his tunes for their archive. One of my fondest musical memories is accompanying Jehile on guitar when he performed in a local school cafeteria.

Jehile was a great conversationalist. He would sometimes make a point by reciting poetry or telling a story – laced with well timed pauses and amply plied with humor. Those conversations, stories and tunes reflected his philosophy of living – and I loved him for it. The memory of my brief time with Jehile is a treasured gift.

Last week I found myself thinking of Jehile, and playing around with “Off to California”, a hornpipe that I learned at about the same time I met him. (Thanks to Kate Chadbourne, Jon Roper and Bob McLeod for helping me remember the name of that tune.) I added some lyrics to fit both the tune and Jehile’s special outlook on life. Taking Jehile’s lead, I helped make my point by borrowing a phrase from poet Maya Angelou. “A bird doesn’t sing because it has an answer, it sings because it has a song.”

Everyone has a song. Sometimes it takes a little extra time and work to find it.

“A man can do much worse than to live his whole life long
Discovering his voice, and giving it to song.”

I am taking a break from public performance this summer, but I have several great shows coming up in the fall including a gathering of the Chanticleers at the Old Manse in historic Concord – opening for two songwriters of the superhuman class – David Mallett (details forthcoming) and James Keelaghan – and I will return to Rochester, NY for two shows.

Featured Non-Profit: Singing Our Way Through 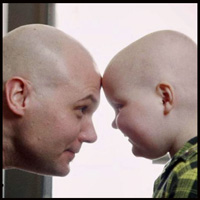 I am making an exception this month, since this is not exactly a non-profit – but it is a project that is worthy of promoting. One year ago, fellow musician Alastair Moock and his wife Jane Roper learned that their daughter has leukemia. I have followed their brave story in social media, and via Jane’s blog. Partly as a means to get through the tough times, Alastair and his daughter sang and wrote songs while she was in the hospital. Alastair continued to write songs influenced by their experience. Happily, he is releasing some of these songs this month in an album entitled “Singing Our Way Through: Songs for the World’s Bravest Kids”. I am familiar with Alastair’s wonderful songwriting and shows of Woody Guthrie songs so I know that this will be a stellar album – one which will help other families who are going through similar hard times. You can learn more about this project at Singing Our Way Through. Join me, and purchase an album – and help spread the word!