Happy Anniversary to The Kitchen Musician, celebrating six years of monthly music blogs! This month I shift back to my roots and sing a traditional song at the old abandoned well behind my New Hampshire cabin. I learned this old song from Jean Ritchie. Come into the kitchen! I’ll introduce you. 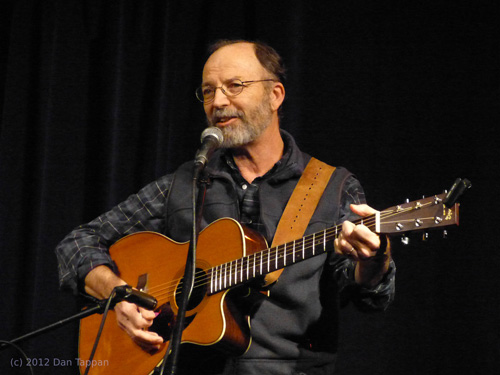 I am taking a break from public performance this summer, but I have several great shows coming up in the fall including opening for two songwriters of the superhuman class – David Mallett (October) and James Keelaghan (November). Stay tuned for details.

I learned Pretty Saro from the singing of Jean Ritchie. Over the years my version of this old song has changed a bit from the way Jean sings it. An early version was collected in 1916 by the Englishman Cecil Sharpe in the southern Appalachian Mountains. Mr. Sharpe observed that very old English ballads, some of which were extinct in England, thrived in the isolated Southern Appalachians. There are a number of theories about the origins of this particular song, some extending back to the mid 1700’s and earlier.

I first met Jean Ritchie in 1974 when I had the great good fortune to share the stage with her and Sam Hinton at the Northeast Pennsylvania Folk Festival. At the time, I was performing with my band, The Harvest Home String Band. We used to describe that old time string band as “ragged but right”. What great fun we had! When Jean told me that our music reminded her of home, I walked a few feet off of the ground for the rest of the festival. Jean and I didn’t stay in close contact since then, but the memory of that first meeting remains strong and the musical effect continues to this day.

Jean – the youngest of fourteen children, grew up in the 1920’s and 1930’s deep within the isolated rural area of Viper, Kentucky. Her family cabin was awash with old ballads that were passed along from one generation to the next. I was aware of Jean and her wonderful music well before I met her. Jean is the person most responsible for the great interest in the mountain dulcimer during the folk revival of the 1950’s and 1960’s. By the time I met Jean I had built several dulcimers, and they were a regular part of my folk repertoire. She also introduced unaccompanied ballad singing to many unwashed 60’s hippies. For us, that was something very new and exciting.

Jean is also a very accomplished songwriter. Having grown up in the neighboring coal country of Pennsylvania, I particularly like her songs about coal mining and the the toll it has taken on the lives and environment of her Kentucky family and neighbors. In part, it was Jean and several other singers of traditional songs who inspired me to start writing my own songs that are deeply rooted in the folk tradition. Here is a video of Jean in 1980 singing her moving “West Virginia Mine Disaster”.

Click the image above to play the video.
West Virginia Mine Disaster
© Jean Ritchie

You can find many more videos of Jean Ritchie at this Youtube Site.

Find your own roots, and feed them!

June 4, Tuesday, 7:30 pm, Natick, MA. I am supporting Bill Thibodeau as he celebrates the launch of “The Watchman”, his second book of poetry. Special guests include Cheryl Perreault, Ruthann Baler, Steve Rapson and others. This takes place at the Calderwood Pavilion in Boston, MA

THIS SHOW IS POSTPONED. June 22, Saturday, 7:00 pm, Sudbury, MA. House concert with my good friend and fellow songwriter, Peg Espinola. Unfortunately, Peg and I must reschedule this. We hope to come up with a date in the fall. 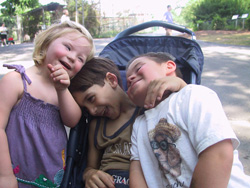 My good friend and fellow musician Dan Cloutier works at the Lisnow Respite Center. I have seen first hand the warmth and great care that lives there every day. “Entering our 16th year, The Michael Lisnow Respite Center is a place that provides emotional and physical support for individuals with disabilities and their families. Located in Hopkinton, Massachusetts, the Center serves hundreds of families.” You can support the center by going to a spirited fundraising concert on Friday, June 7th at 7:00 pm, featuring some great music by Dan Cloutier, Kim Jennings, The Colors Run and Neon Green Card. Here is how to get there. Or just give a tax deductible contribution at this link.