There is an election coming up in November so it is time for this folksinger to place a peg in the sand. In this issue of The Kitchen Musician I chime in with a kind of musical antithesis for trickle-down economic theory. Join me in this time-honored folk tradition of political commentary around the cracker barrel. 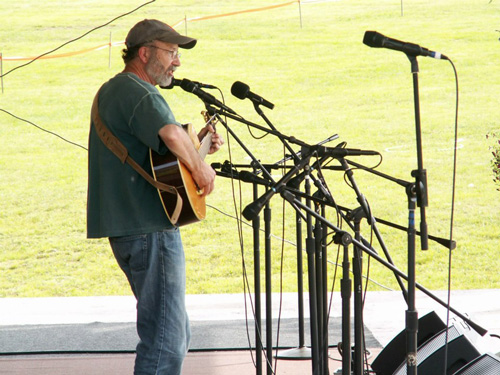 Save the date! I am ecstatic to tell you that I will be opening for the great David Mallett at Amazing Things Arts Center in Framingham on Friday, Nov. 2nd. You can purchase tickets at this link. David is a true American treasure. In the millenium edition of The Bangor Daily News, in his home state, David was named along with Marshall Dodge, Andrew Wyeth, E.B. White, Stephen King, Edna St. Vincent Millay, and others, one of the most memorable ‘Mainers’ of the twentieth century. David is a master songwriter and superior musician. Please join us on Nov. 2nd so that you can hear for yourself how songs should be written and sung by one of the very best practitioners of the craft.

This Month’s Music
“The Money Flows Up”

“The Money Flows Up” © Tom Smith.
Lyrics in comments below.

This song was inspired in part by a short commentary by Bill Moyers in which he writes “America’s corporate and political elites now form a regime of their own, and they are privatizing democracy. All the benefits – the tax cuts, policies, and rewards – flow in one direction: up.”

Statistics describing how the distribution of wealth in the United States has changed over the last two decades are disturbing. For example,

It is no wonder that the Occupy Movement is generating so much energy.

Pretty much everyone acknowledges that we have serious economic problems but the political rhetoric that accompanies the current presidential campaign shows striking differences in approaches to solving these problems. We hear from Republican policy makers that we have to give unbalanced benefits to the most wealthy Americans in order to bolster the “job creators”. From my vantage point, I agree with one very wealthy American, Nick Hanauer when he describes a prosperous middle class as the real job creators. Businesses add jobs only as a last resort when there is demand for their products.

In the 1930’s, 40’s and 50’s Woody Guthrie called attention to critical issues of his day with “hard hitting songs for hard hit people”. After hearing my song “All the Money Flows Up” last week, my friend Ellen Schmidt shared a recent New York Times article by Lawrence Downes entitled, As Woody Turns 100, We Protest Too Little. In this article, Mr. Downs contends that with the exception of Pete Seeger and a small number of others, there are few taking up the baton layed down by Woody Guthrie after his death in 1967 from complications of Huntington’s disease. Furthermore,

“It’s hard to be a troubadour with dangerous ideas if people refuse to be challenged or offended by them. Mitt Romney’s running mate, Paul Ryan, is a hard-baked right-winger who wants to bleed the government so it has no money to help people but all it needs to wage war. Yet he says one of his favorite bands is Rage Against the Machine, whose members gave inspiration to the Occupy Wall Street movement and organized resistance to the anti-immigrant freak-out in Arizona. This boggles the mind.”

In this 100th anniversary year of Woody’s birth, it seems appropriate to imagine how Woody would have responded to comment on these issues. If you know of someone else who is carrying Woody’s baton, please share my song with him or her. (If you prefer to share a YouTube link rather than the link to this page, please try my YouTube channel.)

“Many drops can turn a mill!”

Sept. 28, Saturday, 6:30 pm, Hopkinton, MA. I join a small number of others to tell some stories. Storytelling is a great folk tradition, which can be expressed in song and otherwise. My friends and I will each take ten minutes to share some of our favorites.

Sept. 29, Saturday, 2:00 pm, Sudbury, MA. PRIVATE SHOW. Fundraiser for the Democratic Party. Let me know if you’d like to join us and I will discuss the details.

Looking farther down the road…

Oct. 20, Saturday, 7:00 pm, Rochester, NY. Tell your Rochester, NY friends that I will be joining the wonderful duo Leslie Lee and Steve Gretz in the round at the Tango Cafe. Leslie and Steve recently released a new CD and I can’t wait to hear those songs live. Road trip anyone?

Nov. 2, Friday, 8:00 pm, Framingham, MA. I open the show for the great David Mallet at Amazing Things Arts Center, one of my favorite venues. I am super excited about this one. David is the real deal. Please join us! 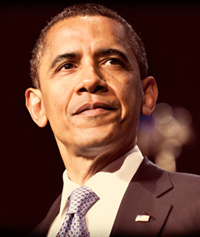 I encourage you to join me in supporting Barack Obama for president, and the Democratic Party candidates in many contested congressional contests. For example, here in my home state of Massachusetts, I will be voting for Elizabeth Warren for the Senate.

I realize that when it comes to politics, this kind of post rarely changes anyone’s mind. For most of you, my encouragement to vote for Barack Obama, Elizabeth Warren and other Democratic Party candidates simply lets you know that we are in agreement or disagreement on the matter (and hopefully still friends if in disagreement.) However, when voting day arrives and you are at the end of a rather long and tiring work day, perhaps this little encouragement will be just the extra energy you need to take the time to vote. Or for those who may be discouraged by all of the huge financial advantages of Republican candidates, this may be the encouragement you need to make your voice heard. Woody sez, “This land is your land. This land is my land.”