Welcome to the April 2009 issue of The Kitchen Musician, my monthly folk music newsletter, featuring two songs to welcome spring. 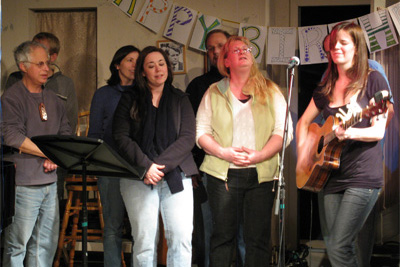 I had been working very hard to ignore the fact that I was turning 60 years of age last month. Of course, when one ignores such things, they tend to leak out in unintended ways, like the moodiness that pinned itself to my lapel. Fortunately for me, my wife Margo, and daughter Mally had other ideas. When I joined them at Amazing Things Arts Center to hear Mally’s feature set, the place was transformed into a joyful birthday celebration. I was completely overcome by the warmth of friends as the musical evening was presented in my honor. Several wonderful musicians performed some of my songs, and songs written for or inspired by the occasion. Above you can see Mally and about a quarter of the folks who joined her on stage to sing my song, “A Prayer for Peace”. Perry Desmond-Davies and Demi Ayres each wrote amazing songs that had me believing they had read my biography. I was deeply moved, and in and out of tears the entire evening. There is not enough space here to give proper credit to all who were involved. I left the evening knowing I am loved and blessed. 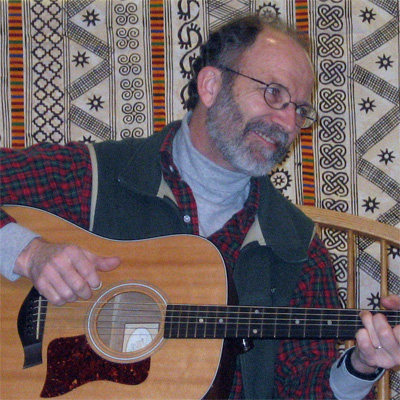 March was a full musical month for me. Mixed among my adult-oriented shows, I found myself playing several gigs of family-oriented shows, including the Children’s Music Network in Cambridge, MA, the Mariposa Museum and World Culture Center in Peterborough, NH, the Park School in Brookline, MA, and the New England Pediatric Care Center in Billerica, MA. In April, I will continue my string of over twenty-five appearances at the New England Folk Festival. One of my two shows will be a family concert. 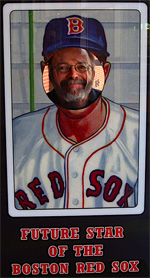 I am writing this on opening day at Fenway Park. I should be called up any day now to play fifth base. Hope springs eternal!

My performance schedule this month kept me out of the Kitchen studio. Instead, I share two excerpts from a recent very enjoyable Saint Patrick’s Day show. The supremely talented and charming Kate Chadbourne (professor of Celtic Studies, Harvard University) asked several friends to join her to help celebrate Saint Patrick’s Day at the Emerson Umbrella Center for the Arts in Concord, MA. I was honored to join Kate, plus Bill Kehoe, Pat Kenneally, and Robert Phillipps as we shared songs and spoken word of Ireland. Kate, Bill, Pat and Robert warmly embraced all of us who were present that evening with their wonderful performances. Each of them could have done the entire hour themselves. Together, it was a shared delight.

I always enjoy performing at this venue. For many years, hosts Ellen Schmidt and Jake Kensinger have set the Emerson Umbrella stage to welcome open mike participants and featured performers. The Boston area folk music community is rich because of their commitment to the positive power of music. Happily, Ira Grollman had his video camera rolling to capture this evening.

The two excerpts I show below are from my playlist that evening. The recording is informal “Kitchen Musician” style, so the audio quality varies a bit, but I think the warm and friendly atmosphere that Kate and friends established still shines through.

“The Cricket” is a song I wrote after hearing the “Piper of the Hearth” proverb, which Kate shares in the beautiful Irish language. I extended the original two verses by adding three that were written especially for this evening. Hopefully, we will have a chance to regroup the “Chadbourne Chanticleers” again.

Every spring, “Wild Mountain Thyme” makes its way to the top of my playlist. Bill Kehoe capably sings the second verse. I love the new verse written by my friend and master storyteller, Doug Lipman (“As each tree has its bloom”). I wrote the last verse for a friend who is fighting for his life against cancer.

The herb thyme has an interesting history. Ancient Greeks considered it a symbol of courage and sacrifice. Tradition tells that thyme was in the straw bed of the Virgin Mary and the Christ child. In the Middle Ages, ladies would embroider a sprig of thyme into scarves they gave to their errant knights. At various periods in history, thyme has been used to treat melancholy, reproductive system ailments, and to improve digestion. In the 18th century, it was recommended as a cure for a hangover. This song beautifully represents these characteristics, and in spring can be heard sung by folksingers everywhere.

Wishing you a wonderful spring, filled with music.

The summer time is coming!

April 9, Thursday, Groton, MA 8:00 pm: I am doing a half hour guest set at the The Stagecoach Inn, Groton, MA. The talented Terry Kitchen is the feature performer this evening. There is a small cover charge, and “pass the hat” for Terry. The Stagecoach Inn has a nice menu and friendly bar.

Once again I will be performing a few sets at the venerable New England Folk Festival in Mansfield, MA. This annual festival has been running without a break since 1944! I have lost count but I have performed in over 25 of them.

Looking ahead, I am honored to be doing an opening set for Brooks Williams on June 13 at Amazing Things Arts center in Framingham, MA. Brooks is a wonderful songwriter and performer. This will be a great show, and is one I am looking forward to as both a performer and a member of the audience.

At the Children’s Music Network conference, I met Louise Pascale, professor of music at Lesley University. In 1968, while a young woman traveling through Afghanistan, she compiled a collection of children’s songs, which she used in her teaching near Kabul. At that time, Afghanistan was much more open than it is today. Music was a vibrant part of the lives of its people, especially of its children. Unfortunately, since that time, the Taliban put a stop to all music-making in areas under their control. All forms of music were destroyed — books, records, videos — and all forms of music making were severely punished. Generations of children grew up not knowing the music of their culture. 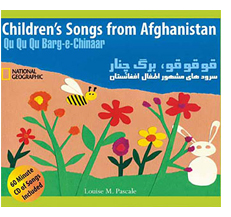 Several years ago, Louise rediscovered her old manuscript and decided she would give the music back to the people of Afghanistan. With the help of Vaheed Kaacemy, an Afghan-Canadian composer and performer who is keenly interested in the history of Afghan music, Louise complied Children’s Songs from Afghanistanand an accompanying 60-minute CD. The book is the cornerstone of the Afghan Children’s Songbook Project, which to date has distributed over 10,000 of these books to children in schools, orphanages and women’s centers across Afghanistan.

Please join me in supporting the Afghan Children’s Songbook Project. To help distribute free music books and CD’s to children in Afhanistan, please purchase a book, or send a tax-deductible donation to the Folk Arts Center of New England.