For me, 2011 was a great year – lots of music, a professional adjustment that gives me more time for personal interests, a new studio album and the love of a wonderful family and community of friends. This month’s song is in praise of the open mic community and self-made music. Support live local music! 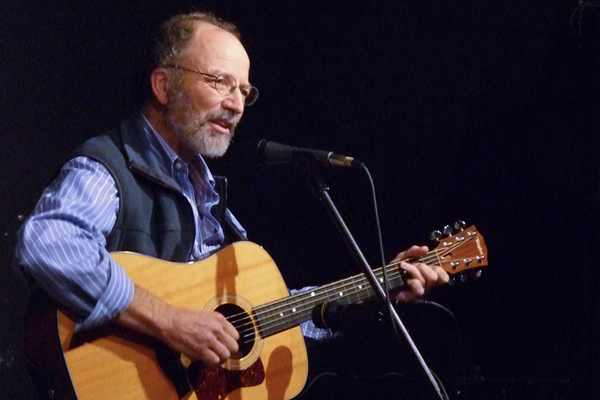 My new CD, Journey Home has been released to the world. Early reviews have been very positive. Bill Copeland Music News writes “Tom Smith’s CD Journey Home offers emotional joy and solid craftsmanship. “Smith has certainly come up with one of the strongest singer-songwriter CDs of 2011. Every word and feeling is a treasure and the song craft shows true mastery.â€ From The New York Folk Music Society newsletter, “A fine album. Get it!” From a fan, “Is there a commute for which Tom Smith’s new album is not the perfect fit?” It has also made some early appearances on a few folk radio shows. You can purchase it and read more reviews via my Journey Home page.

Here in New England we are so fortunate to have a thriving local music community. As seen on Sam Bayer’s web site, virtually every night of the week one can drop by an open mic to share a song or poem and to listen to performers – some of whom are every bit as good as the nationally touring professional artists who play large New England venues. Others are beginners who tentatively approach the microphone and call it a great victory to survive to the end of their first song performed for strangers. In the process, a kind of shared joy seems to lift the spirits of all. When I participate at an open mic, I leave inspired to improve upon my music and thankful for generous and kind encouragement of the open mic hosts – folks like Ellen Schmidt, Jake Kensinger, Dan Cloutier, Trish and Phil Knudsen, Cheryl Perreault, Tom Bianchi, Neal Braverman, Mike Delaney, Geoff Bartley, Gayle Picard, Mark Stepakoff, John Ferullo, Betsi Mandrioli, Rich Eilbert, Hugh McGowan, Tom Irving, Rick Santos, Dan and Faith Senie, Kenny Selcer, Alan Goodrich, Don White, Nate Smith, Mac Cole, Ronda Matson, and many more. My life has been enriched by the community that these folks (and others) have built.

This month’s song, “Follow Me Down” speaks to this special affection I have for the community of do-it-yourself musicians. In a songwriting exercise proposed by Dan Cloutier to his open mic community at the Amazing Things Arts Center, a number of us wrote songs that used the name of a pub or restaurant as a prompt. My song used The Lizard Lounge, a wonderful small downstairs venue near Harvard Square, Cambridge. On Monday nights, Tom Bianchi hosts a different kind of open mic there. What makes it unusual is that it is a contest. Tom invites a local “celebrity” to be the judge as open mic participants each sing two original songs. The judge chooses three from the evening to sing a final song, and the chosen winner takes home the ticket money collected at the door. Though there are a small number of “walk-in” slots available, it is best if you sign up for a slot a few weeks in advance. If you are interested, connect with them on Facebook. Better yet, drop by the Lizard Lounge some Monday evening to join the audience and check out the sign-up book for available slots that match your schedule.

I will concede that this open mic may not be for everyone since the music leans toward the younger set, though as a sexagenarian “younger” seems to be an increasingly inclusive term these days. And I know what you are thinking… “How can a competitive open mic help build community?” Perhaps you have been predjudiced by watching TV shows like American Idol. A few years ago I asked Tom about this and he described the challenge of creating an atmosphere where a pub audience will give full attention to developing musicians, some of whom may be performing in front of an audience for the very first time. Tom said that when he first started the open mic, folks at the bar tended to get a little loud and rowdy as the evening progressed. Musicians found this to be distracting and somewhat unfriendly. When he turned it into a competition, the audience became much more invested in each performance. I confess that I was skeptical, so I signed up for the open mic with a certain uneasiness. To my relief, Tom handled the evening with a warm humor. Both he and the participants treated the contest aspect of the evening with light hearted friendliness. While it is wonderful to actually win the contest, nobody leaves a loser. Participants often return many times for the pure enjoyment of sharing their songs with others who are working to improve their art. I have participated several times, though I have to schedule visits when my Tuesdays can tolerate a late night out on the previous Monday. A concession to my age?

Tom Bianchi is also a very talented musician, songwriter and recording engineer. This year he and his band The Baker Thomas Band released a wonderful self-titled album, which Tom recorded in his own studio. They are a lot of fun to watch live. You can catch them at many local venues. For more information, see BakerThomasBand.com 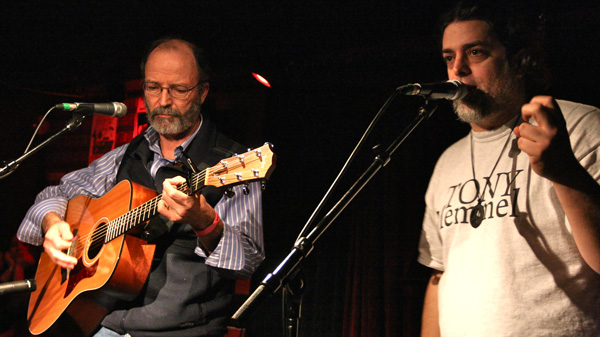 Dec. 31, Saturday, 10:00 pm in Needham, MA I return to the Homegrown Coffeehouse as part of the New Year’s Needham celebration, joining “The Rounders” – Chris Pahud, Cheryl Perreault, Steve Rapson and Ken Batts. Help us bring in the new year, in a folkie sort of way. Click for details.

Jan. 6, Friday, 8:00 pm in Peterborough, NH I will be the feature performer at Jack Kid’s open mic at the Peterborough Unitarian Church. Click for details.

Jan. 13, Friday, 7:00 pm in Pomfret, CT I return to the Vanilla Bean Cafe for another Songwriters Sessions set. Joining me will be host Lisa Martin along with Bernice Lewis and Chuck Williams. Click for details.

Feb. 4, Saturday, 7:30 pm in Sherborn, MA The Rounders (Chris Pahud, Cheryl Pereault, Steve Rapson, Ken Batts and me) will do a show at the First Parish of Sherborn. Click for details 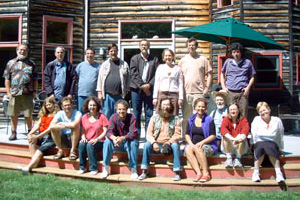 “Tunefoolery Concert Ensembles from Boston, Massachusetts is a unique and courageous group of over 50 musicians with psychiatric disabilities who play and perform music as a way towards healing and recovery.” – Tunefoolery.org

Two years ago I released my ‘family friendly’ CD Peace on Peabody Hill to benefit Tunefoolery. Sales exceeded $1200, which was sufficient to send several Tunefoolery musicians to summer music week in Western Massachusetts. This is a photo from that summer. For some, it was the highlight of their entire year. Thank you to those who purchased this CD and supported this wonderful group.

Since then Tunefoolery has found a new space in the South End of Boston, and they are working hard to overcome serious funding cuts from a cash-strapped state government. Please join me in supporting Tunefoolery. Consider a tax deductible contribution.