Sending to you a simple song – encouragement to exercise the power of kindness and love that we give to each other. Sometimes, the answer is just that simple. Happy holidays, friends. 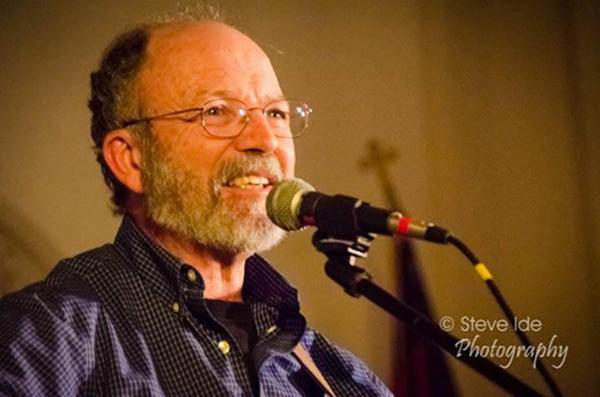 Big family news this month is that Margo and I are going to welcome a new daughter into our family. I will pause here for dramatic effect before qualifying this statement by saying that our son is now happily engaged to be married. Margo and I just look at each other in awe of our three children and the amazing adults they have become. We are blessed.

This Month’s Music
Who, Being Loved, Is Poor?

Tonight is the longest night of the year. Right now it feels like an appropriate metaphor for the way I have been feeling lately as I read the newspaper, watch national news on television and peruse the political histrionics on my Facebook news feed. The holiday spirit has mostly eluded me as I try to parse the Paris terrorist attack, the San Bernadino shooting, the hate, racism and sabre rattling being spewed from prominent national figures, and so many other reasons to despair.

And yet, coupled with my feeling of darkness is the hope that comes as days lengthen. There is reason to celebrate the consensus of 195 countries that culminated in the Paris Agreement at the Climate Change Summit. Though imperfect, it is an historic first step to reduce emissions that contribute to climate change and our over-heating planet.

We harvest our hope in different ways. For me, a fertile source is music. With music, I both acknowledge the darkness and encourage the lengthening light on this winter solstice.

Over the last six weeks I took a songwriting class taught by the talented Dietrich Strause at Club Passim School of Music. Dietrich presented several examples of great songs and we discussed why each has that quality that would compel one to press the repeat button on the CD player. He also suggested several writing assignments. For one such assignment, Dietrich asked us to build a song inspired by the Oscar Wilde quote, “Who, Being Loved, Is Poor?”. The quote seemed to speak to the questions I am asking myself as I look around at this broken world and wonder, “where do we go from here?”

Coincidentally, while writing this song I was asked to sing something appropriate at the birthday celebration of a new friend, Richard Barbieri. Dick is an accomplished educator and author who has occupied distinguished leadership positions in schools and school organizations. Currently he is the president of The New England Association for Conflict Resolution. So it seemed appropriate for this song to become a kind of birthday gift to someone who’s mission is “to help schools and other not-for-profits deal with the special types of uncertainty, disagreement, and conflict that occur in their settings”.

And so, I also send to you this simple song – encouragement to exercise the power of kindness and love that we can give to each other. Sometimes the answer is just that simple.

Thursday, December 31, 2015 at 10:00 pm, Needham, MA
I am pleased to return to the Homegrown Coffeehouse with The Rounders for our annual New Year’s Eve program, in the round with Chris Pahud, Cheryl Perreault and Steve Rapson. Come at 8:00 to see Oen Kennedy followed by Carolyn Waters – a great way to bring in the new year!

Wednesday, January 20, 2016 at 8:00 pm, Concord, MA
I will be splitting sets with my friends Mark Hastings and Jon McAuliffe at the Main Streets Market and Cafe. We are looking forward to collaborating on each other’s songs. This should be fun.

Wednesday, February 10, 2016 at 7:00 pm, Maynard, MA
I join hosts Dan and Faith Senie and another songwriter in-the-round at the Serendipity Cafe. We will write a song on a prompt provided by the audience from the previous month.

“The Freelance Players, Inc. uses theater to foster imagination, self expression, mutual respect, and confidence in young people. Freelance promotes community by building bridges across ethnic, geographic and socio-economic boundaries in greater Boston. Freelance engages youth in the creation and performance of original musical theater for audiences of all ages.