Hello friends. There are many things that made growing up difficult for me, but my race was not one of them. My song this month touches upon a topic that is difficult for me to come to grips with. I invite you to get uncomfortable with me. Let’s meet at the kitchen table. 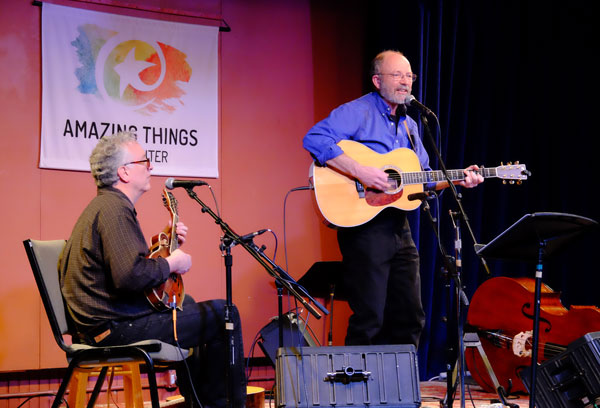 ANNOUNCING! My daughter Mally Smith has been writing some great stuff since she put out her most recent album Mally Smith and the Fertile Void. This week she has announced her new recording project. I will let her speak for herself. If you would like to support to this worthy project, please CLICK HERE!

This Month’s Music
Liberty and Justice for All

Liberty and Justice for All
© 2017 Tom Smith (ASCAP)
Lyrics in the comments section below.

I grew up in rural Northeastern Pennsylvania. My father was a long haul truck driver so he was on the road a lot more than he was home – except when he was laid off from work, which was quite often. To make ends meet, my mother was a night shift nurse at the state mental hospital. I worked on the farm down the road and was paid in milk, which a family with four boys consumed in great quantities. I hunted rabbit, squirrel and other small game not for sport, but to add meat to our macaroni supper. Times were tough.

As an adult, I learned about something called “white privilege”. Being a socially liberal educator I was quick to acknowledge that it does exist, but of course it didn’t apply to me. I worked hard for everything I got. Nobody gave me nothin’. It took me a long time to understand that although I did work hard, my race did not prevent me from choosing where I wanted to go to college, to work, to live, get a loan and more. When my car broke down at 1:00 am, I welcomed the sight of the police car. I didn’t have to wonder if the officer approaching me would draw his gun because my skin color gave him a warning. The list goes on.

While rampant racism has been obvious to people of color since our country was founded, many white folks in liberal states like mine often conveniently render it to theoretical conversation… until now. The 2016 election and its aftermath has brought racism into full view.

As a songwriter, I tend to use music as a way to process things that are difficult for me to understand or deal with. Frankly, I am not comfortable writing about white privilege, especially in a public way like this. In my experience, this is an incendiary subject among both my white and black friends, colleagues and acquaintances. But I also understand that I have the privilege of avoiding this subject if I choose to, while my friends of color must live it every day.

Last week I shared the first draft of this song with some good folks at a songwriters’ retreat in Maine. They were helpful to the progress of this song. All are great songwriters and socially astute – but they are also white. I decided to share the second draft with several friends of color whom I know to be thoughtful on the subject of race. I like to think of myself as empathetic but I was surprised that there was a great deal in that song which was taken in exactly the opposite way I intended. What I thought was ironic was interpreted literally. Words I intended as poetic were charged with unintended racial overtones. Gratefully, these folks were both kind and honest in their feedback. They helped me adjust the message in my song in ways I hope they can accept as a small step in the right direction.

I present this song as a simple personal testimony in my journey of thinking about race. Thank you for listening with your heart, and joining the conversation. I urge you to take action in your own lives on this important subject.

April 22, 2017 @ 7:00 pm: NH Songwriters, Concord, NH
Featuring at the monthly meeting of the New Hampshire Songwriters, sharing my songs and some discussion about songwriting. If you are interested in attending, please contact Chris O’Connor via e-mail at freeceoconnor@hotmail.com.