Celebrating the tenth anniversary of “The Kitchen Musician” with a song for Mother’s Day! We all have at least one to celebrate. Join me in the kitchen for “The Reflection of You” and some thoughts about ten years of writing and sharing songs. 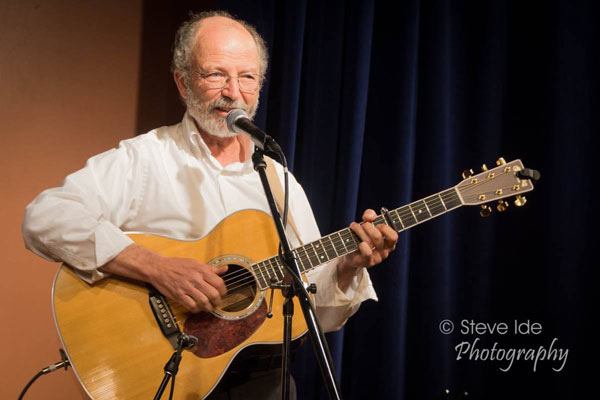 Ten years ago I decided to put more energy into songwriting. I enjoyed it, but my quality and output was inconsistent. All of my mentors advised me to set aside regular times for writing. They told me that although their writing sessions didn’t always result in songs, this steady commitment helped them to improve. I can sometimes start on ventures that lose steam after a short period of time. Keeping the fire lit under my enthusiasm would be the key, so I started a monthly blog where I would post a new song each month. This wasn’t to fulfill the wishes of a public that was clamoring for more of my songs. It was simply a way to tell my friends and family that I was going to set aside energy for this selfish goal – to write better songs. I knew that if I failed in this regular exercise to share new writing I would be publicly disappointed in myself. Hopefully, having this goal would help me to focus.

I call my blog, “The Kitchen Musician” to make it clear that these songs and recordings are informal – intended to recreate the feeling of sharing self-made music with friends around the kitchen table. Often these songs change and mature even after I share them. The name Kitchen Musician is also consistent with one of my guiding principles – “Music is much too important to be left entirely in the hands of professionals.” – a favorite quote by Robert Fulghum.

It seems to be working! At the time I write this, I have shared over 140 videos which have been viewed a total of 145,000 times!

Some of you have been traveling this road with me since the beginning, and for some this is your very first “Kitchen Musician”. THANK YOU ALL for joining me at the kitchen table! I don’t take any song or listener for granted. With each song, I am truly amazed and grateful for the good ones, the not so good ones, and the friends they bring into my life.

Here is one of the early songs from a 2007 “The Kitchen Musician”. I wrote this the week it was recorded by my friend Jake Kensinger. I can still put faces and names to those singing with me in that audience.

May peace be with you.

This Month’s Music
The Reflection of You

The Reflection of You
© 2017 Tom Smith (ASCAP)
Lyrics in the comments section below.

The folks at Hallmark Cards tell me that this coming Sunday is Mothers’ Day! Over-commercialized holiday or not, I say mothers should be celebrated this Sunday and every day. 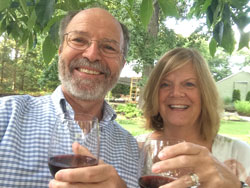 Long time readers of “The Kitchen Musician” know that in my family we often write a song or poem for special occasions. I wrote an earlier version of this song for my wife Margo’s birthday in January. Like many songs for these special occasions, it contained references that would not be meaningful outside of the family. So this past Sunday I re-wrote it – hoping it would apply to one special mother (Margo) as well as many other mothers, teachers and caregivers. I am so grateful that my good friend and musical collaborator Seth Connelly was at the Roslindale Open Mike on Monday when I performed this for the first time in public.

Margo is the kindest and most empathetic person I know. As both a mother and teacher she rejoices in the successes of others – often discounting the importance of her roll in their struggles and successes. But to me, her reflection is clearly visible in all that is good in our children and her students… and in me.

I suspect that this is true for many of the mothers, teachers and caregivers you know. They are our first line of offense as we push against the hatred and hostility of our broken world. They are carpenters of kindness.

Yes, Mr. Hallmark. By all means, let us honor mothers (and teachers and caregivers) on this day and all days!

May 13, 2017 @ 7:00 pm: Javawocky Coffeehouse, Brockton, MA
Honored to open for Kim and Reggie Harris – great duo with a long and lauded history of music for social justice.

May 27, 2017 @ 9:45 pm: Club Passim, Cambridge, MA
Returning to Club Passim for their “On the Cutting Edge of the Campfire” festival, in the round with Will Dailey, Lay Low Moon and Carlin Tripp. That’s some great songwriters and performers there! The festival runs for the entire Memorial Day weekend, from Friday through Monday. Lots of friends performing at the festival. Best value for folk music in Boston on Memorial Day weekend!

Co-hosts with me will be my good friends Ron Israel, Dan Cloutier, Jon McAuliffe, John Boehmer and Chris Boehmer. We will each also contribute a song to the program.

August 25, 2017 @ 7:00 pm: Opening for Brother Sun, Dedham, MA
Opening for Brother Sun, nationally known trio consisting of Greg Greenway, Pat Wictor, and Joe Jencks – praised for soaring harmonies, masterful storytelling and dynamic musicianship. It is an honor to open for this magnificent trio. I will be joined by my musical colleague, Charlie Ortolani.

MIRA is the sponsoring organization for our big July 2 concert, “The Art of the Protest Song”. Proceeds from the show will benefit MIRA.